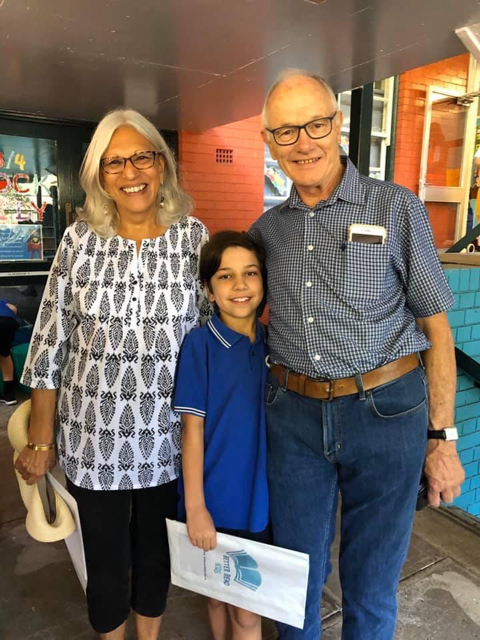 I met Andrew Tyler along with the Designated High Commissioner to India, Darren Gribble, in my DFAT India/South Asia Office in March 1994.  The meeting remains etched in my mind because Darren declined to sit down and with three of us standing around the desk, he emphatically spoke on what he expected from the Political and Administrative arms of the High Commission, and drew on a stray piece of paper his vision of how the Mission would work.  He stressed Foreign Minister Gareth Evans' and Foreign Secretary Michael Costello's instruction to him that they expected us, the new team, to open a new chapter in Australia-India relations.

Nira Tyler and her husband, Andrew, were a joy to know on the ground in New Delhi.  And then later in Canberra to around 2006.  Subsequently, we drifted apart, which I contritely accept was entirely due to my insouciant behaviour.  Extraordinarily though, I had a disturbing dream - here in Antara - on 1 January 2020 about Tyler's house in Maloney's Beach being ravaged by raging bushfires. And of a car burning in their driveway.  I called, and amazingly enough, after 11 years, Nira responded. Same effervescent voice. Equally amazingly, much to my mortification, she failed to recognise me.  I had to introduce myself. Unforgivable.

The reason that my episode with Andrew has come to mind is something he e-mailed to me back in 2006.  I have been very conscious of his implicit message.  Over time, I have referred to it again and again in the context of my day to day life. It recently resurfaced again - probably because of the pandemic - and hence this recall.