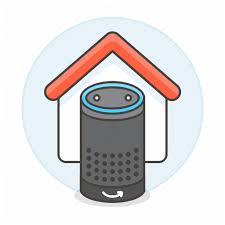 Just bought Amazon's Echo Alexa and getting to know her. Very slowly.  There is no doubt about the device's utility.   One intriguing aspect is that if she gets my initial request wrong -"light classical music" elicits Indian classical music instead of Western - one can keep modifying the wording until the desired result is achieved.  And the great thing is that next time, she understands my preference straight away.

I must confess though that in expressing the above thought, I am a bit disturbed. At myself: I am treating Amazon's metallic cylinder as a human being. I am ascribing gender to a disembodied voice, a mechanically produced sound interacting with me.  I am also well aware that I adopt a more pliant tone in speaking to Alexa because I think that I am talking to a female.  Automatically, I also say "please" and "thank you".  And then, of course, there is the sexist element involved.  Subliminally, I am employing Alexa as 'my' Secretary in the traditional sense of the professional world that was.  (She even makes up my grocery list and sends it to the supplier.)

Why are Siri, Alexa (and the retiring) Cortana all female with default feminine speaking attributes and settings? Apparently, a partial answer is that people across the globe have a preference for the female voice when its (AI) role is to extend support and assistance, but a male voice is associated with authoritative tone or an area of expertise. Surely, Alexa and her, even more, AI advanced ilk are bound to reinforce patriarchal behaviour?

On the other hand, there is good news that efforts are being made to address such sexism.  Apart from the long-overdue natural attrition of the patriarchal regime now coming to the fore, there are moves afoot to devise a gender-neutral AI voice. A Danish team has come up with the concept of Q Voice to overcome gendered technology based on sexual stereotyping.  The Q Voice is based on recording voices of transgender and non-binary people. The gender-neutral product was widely tested; around half could not distinguish the gender, while the other half roughly evenly divided in guessing between male and female voice.

My view is that the gender-neutral AI voice initiative is unlikely to have commercial legs.  While it will, of course, be a hit with the LGBTQ community, I doubt if the current crop of generations on this planet - male or female - are likely to accept it.  But I do not know.

Just came across a report that a baby's first word was "Alexa" much to the mother's disquiet and disappointment.  Hardly surprising.  Babies grow up with repetitious use of  'mama' and 'papa' form the day of birth.  Besides, these are two-syllable words, the building blocks for speaking a language after the single-syllable has been conquered.  'Alexa' is now becoming ubiquitous particularly in the mornings, when people are breakfasting and preparing to go to work, and in the evenings when parents spend time with children before putting them to bed.  And while grammatically, it is a three-syllable word, it is two syllables from a practical point of view.

There is another subtle aspect.  A baby may or may not get attention immediately from persons around it; Mama might ignore it for a (good) reason.  But Alexa never does that.  She comes out brightly with "Sorry, I did not get that".  Alexa is probably perceived as more responsive to it by the baby than the parents!

According to a report in The Guardian, a survey reveals an interesting by-effect of lockdowns in the time of Covid19: 14% of men are yearning for a more intimate relationship with Alexa.  They admit to being "turned on" by Alexa. Mind you, only 1000 men were surveyed, but there is an element of credence to it all: The survey was commissioned by WE-Vibe, a company that sells app-enabled sex toys.  In effect, it is in competition with Alexa but admits that there are at least some men who get their rocks off to Alexa rather than to its well-publicised and sophisticated toys.